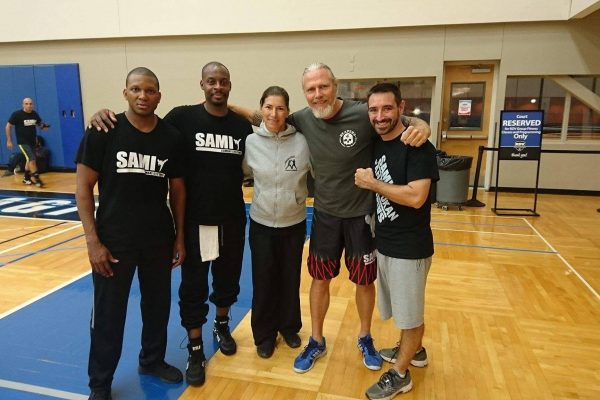 Moving on to New Jersey Peter and his team did an intesive course for SAMICS Knife Fighting Concept in which students from Jamaica, Kanada, New York, New Jersey, Maryland, Florida, Boston and others joined for two or four days. In very short time the program for levels one and two was worked through and everyone pushed themselves and trained before as well as after the seminar. After four positively exhausting days the students had the chance to do a two hour exam in which some of the participants got their study group leader, some their representative. Special thanks go to Robert Nichols, who was very helpful organizing and promoting the seminar held at the United Taekwondo Academy in New Jersey. 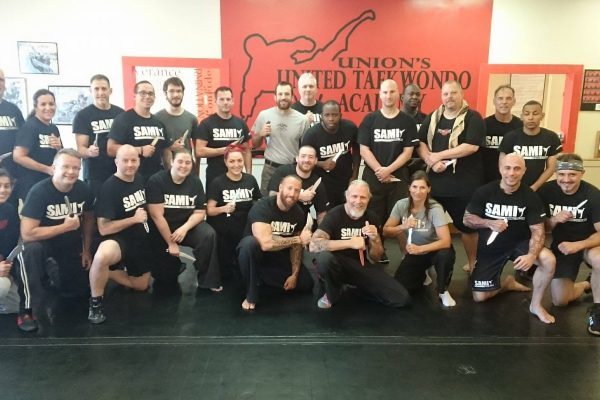 Their last stop was in Brooklyn at the Unlimited Martial Arts academy, where they might have been the first austrian martial arts instructors to hold a seminar in front of experienced martial artists, stuntmen and instructors. Content of the seminar was Panantukan Concept, Knife Fighting Concept and Stick Fighting Concept, one hour for each concept to show how the three are connected, practical applications and give the participants an idea of Peter Weckaufs methods. It certainly was the highlight of this years USA tour! Special thanks to Anthony Fontana for promoting the seminar and provide the premises.
Seminars for next year are already planned!